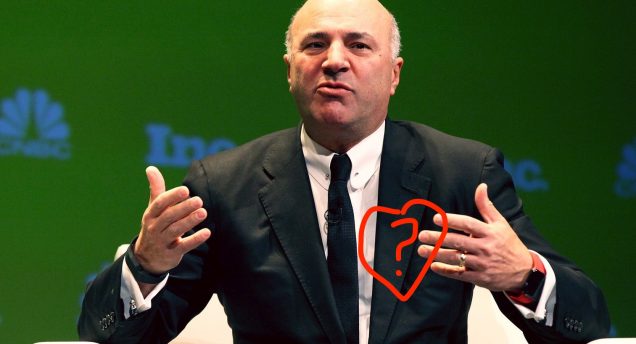 Kevin O’ Leary AKA “Mr. Wonderful” has his shtick.

He’s got great sound bites and plays a somewhat ‘mean’ character on TV. But this time he is flat out wrong…

Kevin was presenting at Inc. magazine’s Iconic event in DC last week, and I’m always interested in hearing from business successes. He had a lot of smart things to say and I wanted to get some distinctions on royalties and percentages.

I hopped out of my seat to ask him that question, but as I was in line for the mic, I had to do a double take. Kevin was spouting off that business and giving do not mix to maximize profits.

Nor do friendships in his world.

He actually told the story of his first company and how he sat down his best friend to tell him he’d make him ‘rich as piss’, but that he couldn’t show up the next day because the company had outgrown his skills. Kevin did make his friend very wealthy,but they haven’t spoken for 20-some years.

Mr. Wonderful even said he would fire his mother if he needed to!

Kevin believes business has only one responsibility and that is to the shareholders to maximize the returns.

Is that really true?

What he totally missed out on is the possibility (and growing consensus) that making a difference and making money are NOT mutually exclusive. In fact, I would claim it’s just the opposite. Business can become one of the biggest levers for good—while actually being good for business.

And I’m not alone…

Bert Jacobs, co-founder of Life is Good actually opened up the event talking about the 4-letter word in business…‘LOVE’. 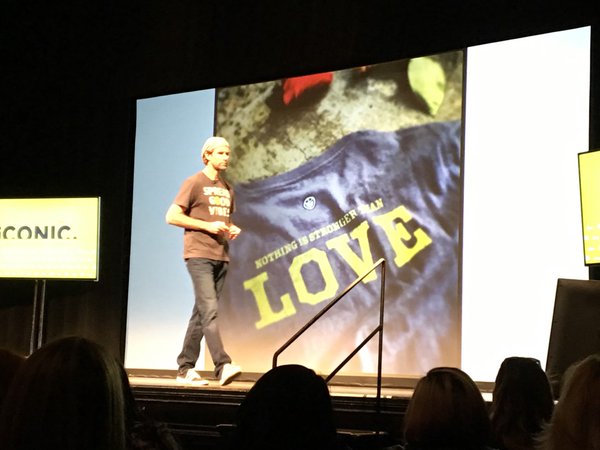 That’s how he’s built his company into a $100MM+ powerhouse by giving at least 10% of their profits to support their foundation. He predicted, “Integrating a social impact is the future of capitalism.” I would agree.

And then I was really pleased to hear Kenneth Cole come on about an hour after Kevin with a whole host of notes about why “Mr. Wonderful” was wrong, too. One of my favorite quotes from Kenneth was, “All businesses need a greater purpose that connects in a way bigger than just a transaction. Stakeholders are more important than shareholders.”

But let’s put some facts behind these assertions too…

•    Fact: In the exceptional book Firms of Endearment, the authors show how firms that explicitly take a stakeholder-centric approach returned 1,025 percent over a 10-year period, compared to 122 percent for the S&P 500 during the same period. 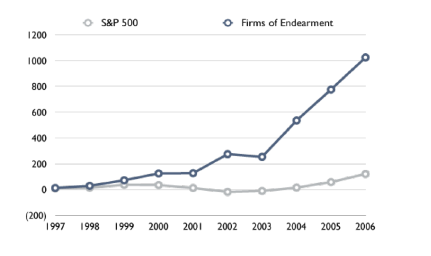 •    Fact: Data from a recent Cone Communications study showed –
o    80% would be willing to buy a product from an unknown brand if it had strong social and environmental commitment.
o    62% would choose to work for a socially responsible company, even if the salary would be less than at other companies.
(Source)

•    Fact: New research from Nielsen shows data that’s also in-line with these findings across the globe –
o    67% prefer to work for socially responsible companies.
o    54% of global consumers (in 58 different countries) are willing to pay more for goods and services from companies    that make a difference. (Source)

And here are more real-world examples…

My buddy, John Ratliff, founded Appletree Answers in 1995 from his two-bedroom apartment and grew it through a number of acquisitions to 24 locations and 650 employees before selling it in 2012. I’ve never seen anyone at the ground level so passionate about making the lives of his employees better and living/breathing the culture.

It showed up in the company’s growth and in a reduction of employee turnover from the average of 100% to just 18% between 2008 and 2012 by using a key initiative called “Dream On.” Think of this as Make-A-Wish but for employees. And this translated into getting 11x what most other companies in this industry receive as a valuation.

My friends, Josh Bezoni and Joel Marion, sell supplements and meal replacement products. Their company, BioTrust, added an optional donation to a charity on their shopping cart page and that increased their shopping cart conversions by 15%. They’ve now donated over $1,000,000 to their chosen cause all because of a simple impact element added at the point of purchase.

I’ve got some more empirical proof that you make more when you give more. One of my colleagues launched a new Forex trading course, and he decided to split test a certificate showing the causes they give to on his sales page. They tested with the certificate and without. Having the page with the certificate raised the conversion by 10%. Now, this was a $2,000 product, and the 10% bump helped them write a $40,000.00 check to charity. Very exciting because that ten percent bump also represented tens of thousands in additional sales that wouldn’t have happened without this tie-in.

So, Mr. Wonderful, it seems you do have it wrong. All of this “stuff” is not an expense but actually drives bottom line. Therefore if you do not have an authentic and genuine core impact with what you’re doing in business you’re not maximizing revenue.

I call this an Evolved Enterprise™ and this concept is garnering significant accolades across the business sector.

Here’s what Tony Hsieh, CEO of Zappos, said about the new book:

“There’s a transformative shift in business, and what worked before is no longer an option. It’s time for evolved entrepreneurs, visionary creators, and change makers to rewrite the rules of business for the 21st century.”

When you finally align the true soul of your business with more impact, meaning and happiness — you’ll inevitably create greater profits.

I’m giving away 10,000 copies of the Evolved Enterprise book at my cost to plant the seeds of the new coming shift that can truly change the way business is played. Let me know what you think here or after you pick up the book…