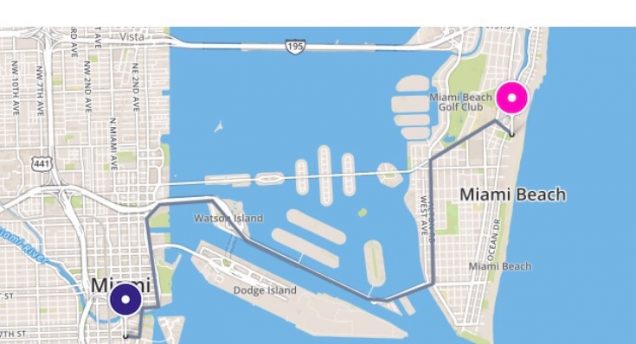 (The story of a nearly missed divine appointment) 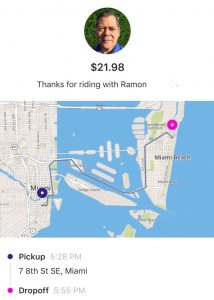 Last Saturday I said bye to the kids as they boarded their bus to camp and I headed out to Miami. The timing worked out well to speak at the “Buy One Give One” conference and to help celebrate Sophia’s birthday that same day.

My airplane arrived a bit late, but the conference was at the airport hotel, so it made it pretty easy to head right to the meeting room. As I walked in, I realized I probably could have eaten first. My breakfast was at 7:30 a.m., and it was now close to 2 p.m. No worries – I’d just eat after I spoke, or maybe they’d have a few snacks.

I spoke a little later than I thought I would and was pretty starving as I left to meet up with Sophia and a few other Maverick members and friends who came to celebrate. I arrived at our hotel in Brickell at about 5 p.m. and wasn’t sure of my next move.

I had really wanted to get into the ocean but thought everyone would be heading home soon anyway. Plus, they were in South Beach about 20–30 minutes away in traffic.

“Eh…I’ll just go,” I told myself as I changed into my swim trunks….

Where Are You Sitting?

I called a Lyft, and it arrived a few minutes later. I sit in either the front or back seat depending on how interactive I want to be or what kind of mood I’m in. Right then I was actually a little cranky from not eating and not getting more beach time – so I opened the back but some small inner prompting told me to jump in the front.

I closed the door and hopped into the front with Ramon, my driver.

We started talking a little bit about where he’s from, etc. The small stuff. He told me he was from Venezuela, and I asked why he came over 3 years ago.

I told him to look at the GPS because we had 21 minutes to go to our destination. He laughed and proceeded to share some of his story. He told me about serving his community as a type of city councilman for nearly 30 years. And then, because of something political-related, he was ousted. Next he tried going on the radio as a commentator but started receiving threats for speaking out. Then, at the same time, his wife divorced him and moved to Canada with his kids.

Two pretty dramatic, identity-shattering experiences. In fact, he told me he was thinking of writing a book called My Mistaken Life so he could retrace where his life went wrong. He thought maybe there would be a lesson there for others.

I asked him if he thought his life really was a mistake.

I didn’t agree. I asked, “But you haven’t come to the end of the story yet, right?” And I continued, “What if with enough elevation or insight, everything was done perfectly?”

Is the Story Really Over?

He wasn’t so sure, but Ramon did tell me the lesson he learned was to listen to himself and do what he wanted. However, he thought it was too late for that. Again, I didn’t have the same opinion and countered with, “It’s not too late unless you think the story is done.”

I saw Ramon actually mulling it over and thinking he might have another way of looking at events. He proceeded to tell me about a radio program he tried to start here. It was to help fellow immigrants from Venezuela deal with acclimating, but it didn’t make it because he couldn’t find sponsors.

From here, I had lots of ideas on how to set up a simple online site with information, videos, and recordings with this type of information. Then he could easily get restaurants and other community gathering spots to distribute flyers or promote his site with so much great information. It would be a way for him to get back to public service and his background in media to make a difference. Plus, he could sell consulting services or other types of help for those that needed more hand-holding. In a few minutes, I had laid out a pretty good plan and even a way to get other revenue streams, like sponsors, back on board once the site grew. Now I had him thinking and seeing another way.

I even told him, “Maybe your story has a new chapter because some crazy guy got in your car wearing a bright pink bathing suit.”

Now, will he do what I shared with him? I don’t know…and it’s not up to me.

I don’t have attachment to it. I simply followed my own inspiration to engage and then provide some insights plus perhaps have him question his “story” a bit.

Again, I don’t know if I helped Ramon, but I know he helped me for sure. I immediately changed to a happier, truly grateful state from our interactions from this  “cosmic appointment.” I didn’t even notice until after I took the screenshot of my Lyft receipt that I was dropped off right at 5:55 p.m. (555 has been said to be a symbol of big changes ahead. Good sign for Ramon!)