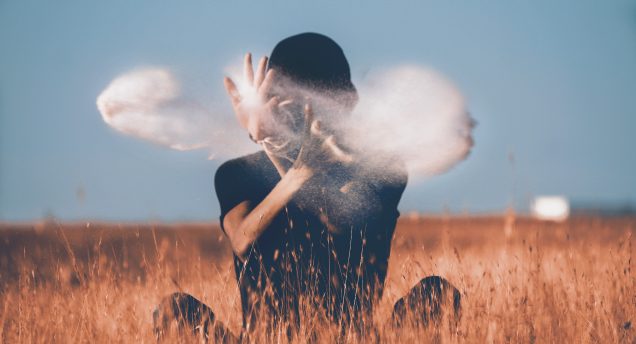 With our kids we have something in our family called “Make Magic.” These are magical synchronicities where something happens that is simply beyond a coincidence. (There’s a longer story about this inside the Cosmic Journal.)

Now “chance” connections seem to accelerate some of these magical moments.

For Summer Solstice Mavericks participated in a sacred fire ceremony conducted by Eduardo Griego Gonzales, Ajq’ij, meaning counter of the days. Eduardo was introduced to us through two mutual connections in Taos that also magically occurred.

Eduardo has been a student of the Olmec and Maya Teachings in the Tradition of the K’iche’ Maya for the last 30 years. And he feels very strongly that there is real importance in applying these ancient traditions to our present day lives, which I think anyone who participated with us would agree.

After the event Eduardo and I have connected multiple times now where he’s shared with “Hummingbird breath.” As he says, “Breathing is the most important thing you do 23,000 times every day. Breathwork is “Breathing with Intention.” As he describes it:

“The Hummingbird Breath re-connects our lungs, heart, and brain so they can function as they were intended. It can also activate the Vagus nerve which may help heal our internal organs. This amazingly powerful human ability will eventually begin to be used by those who choose to be “co-creators” of Future Earth and Future Heaven.”

I’ve been doing this breathwork each day now for over a month and it’s quite powerful. In fact, we just had Eduardo do a special Maverick Masterclass and you can catch the recording here. (This was exclusive for Maverick1000 members but I believe even more of this wisdom needs to get out.) 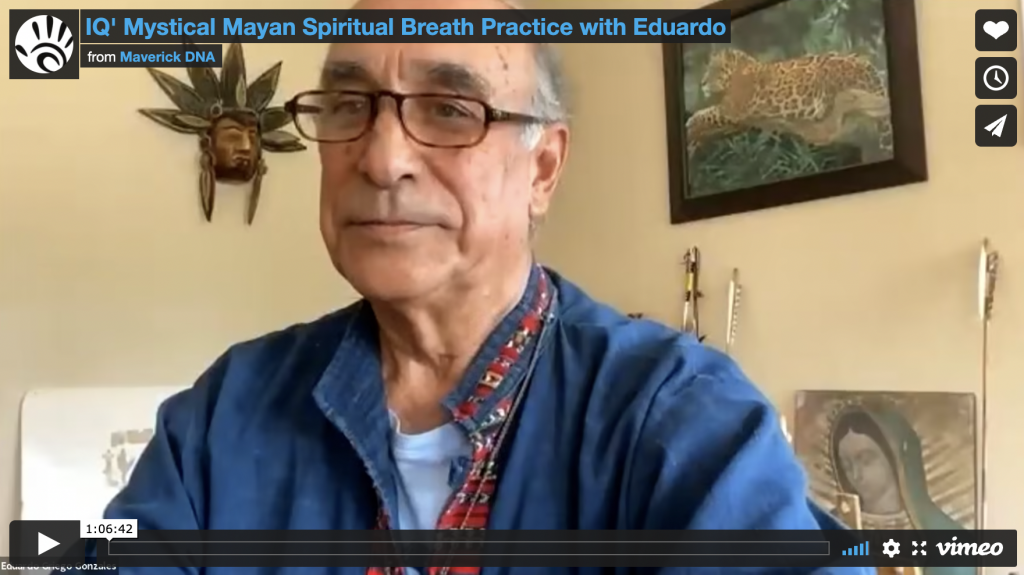 Eduardo also did my Mayan horoscope and it’s pretty different from any western type. You see in the Mayan cosmology there are 20 signs (glyphs) and 13 numbers. Each day had a significance based on the combination of the two. That adds up to 260 combos.

From our Summit in 2012, I had studied up on this and thought I was a “Lamat” which is a rabbit but also a star or starseed. And he told me it’s not quite right. Since I was born in Russia, you have to translate to what time it would be in Mesoamerica where the Mayans were. So I was born on 9/24 instead of 9/25 and that makes me a “Manik” or Deer.

My wife Missy laughed because “M” for Missy and “anik” for me – almost as cool as Bennifer!

As Eduardo is telling me this and the characteristics of Manik, a deer literally walks up to his window that he shows me on Zoom.

Then the next day in the morning I saw a deer. Not that big a deal since we have them a lot. But then I held my hand out and she came over and licked my hand. Whoa! That’s never happened before and I’ve tried calling them.

And then a few days later I’m outside at night looking at the moon and a deer came walking over again without me even calling. She nuzzled my hand. Again!

Missy totally thinks I was lying. And that makes me laugh because of all the other unusual things I’ve shared with her, this is what she thinks is made up. Ha!

But the synchronicities don’t stop there. Before Eduardo started working together there were some unique nudges from the Universe.

Our family spent a few days at the beach and on the last day we went back to our friends place to get the car and go. We tried starting the car…nothing….it just clicked and clicked.

The other family there had jumper cables. We tried one of their cars – nothing. Tried a different car and had a better battery hook-up. Yeah! Our car started.

We drove about 15-20 min down the road to our place and even left the car on a little longer to try and recharge the battery. Missy smartly decided we should park it outside instead of the garage in case we didn’t start and we needed a jump the next morning. Well as soon as we turned it off, the car wouldn’t restart. Bummer.

Now the parking situation in this one beach town is interesting and this meter started at 11pm. I set an alarm and came back outside to pay for the parking but as I’m walking to the meter I see a $10 bill folded on the ground next to our car.

The next morning I called a local auto place and they came to jump the car and then we went back to the shop (thankfully they had the battery in stock) and did everything in about 45 min. We had to check out by 10am and I started the process at 8am. Now as I’m going to pay…the bill is….<<drum roll>> $262.50. And even better, I asked if they prefer cash and they said, “Yes the credit card machine just went down.” Pretty darn good.

This occurred a few weeks before the Mayan fire ceremony and 260 is a significant number for the Mayan Tzolkin.