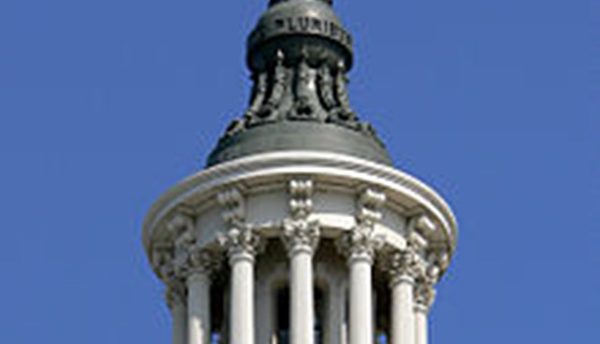 Was flying home from Denver on Friday, and while in the boarding line, I struck up a conversation with a remarkable woman, who just attracted me for some reason.

I know why now…

First, she had a silver, vintage butterfly pin, and I told her how much I liked it. The gal behind us in line, who was also part of our conversation, mentioned that butterflies always remind her of her grandmother. For me, it’s my mom, who transitioned 11+ years ago.

Instead of a typical response, this woman with the pin said butterflies were symbolic of transformation and rebirth.

Okay, so who was this person?

In further conversation, she mentioned she was a Jungian analyst. No way! My eyes lit up as I’m a huge Jung fan. We talked for only a few moments in line about her work, her coming to DC for a women’s march, and that she’s been an advocate for women’s rights for a long time, etc. She mentioned writing several books, including her latest, called Artemis.

As we parted, I felt compelled to hand her a copy of Evolved Enterprise. It was the only one I just happened to have in my bag. I said I was involved with helping entrepreneurs make a difference in the world and thought there might be something in there that might connect us.

As I sat in my seat, I felt a little silly as I looked up Artemis and then saw her extensive work. She had authored numerous books on female & male archetypes, symbolism, changing the world, activism, etc. Her name is Jean Shinoda Bolen. 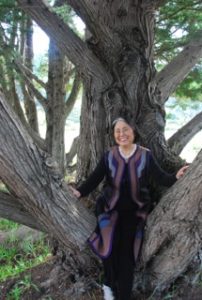 To give you a sense of the depth of her work, here’s part of her latest book description: Artemis: The Indomitable Spirit in Everywoman, a groundbreaking new book that explores the archetype of the activist. Indomitable means untamed, unsubdued. It is the one-in-herself quality in girls and women who will not be victims, no matter what.

I had followed my intuition, but I thought maybe I had missed a turn here.

I felt like I had “pushed” my work on her without truly establishing a deeper connection for why. She was sitting a few rows up from me, and I walked up before the flight to say I didn’t have any attachment to her reading the book and that she could just leave it in the seat—truly, whatever. And that was it.

**
Quick side note: After our Maverick Hawaii Summit, I’ve been working a little with ho’oponopono practices. It’s a remarkable Hawaiian healing practice that I’m just really starting to feel into. There’s actually another pretty remarkable coincidence on how this came into my life too. A few weeks ago, I had toured the U.S. Capitol because I’m intensely intrigued by the fresco underneath the dome, entitled “The Apotheosis of George Washington.”

In my research on the Capitol, I knew about the statue of Columbia on top of the building and much of the symbolism, but I never knew about how the statue came to the U.S. and its remarkable storied past. 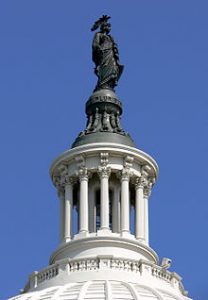 And part of that story involves Morrnah Nalamaku Simeona, a Kahuna responsible for bringing the ho’oponopono practice into much wider use around the world. Simeona was so connected to the statue of Columbia that she dedicated her resources and energy to restoring the original plaster model after bringing it out of storage and then installing it at the U.S. Capitol for visitors to appreciate. (Read the full story about how the statue talked to Morrnah—it’s pretty cool!)
**

I did the ho’oponopono process on myself for the feeling of “wanting to be recognized,” and a few moments later, strolling down the aisle toward me is Jean.

She said she skimmed through my book and realized we actually are a lot more connected than she realized. We had an empowering conversation about her advocacy work of helping create women’s circles. We discussed the combination of Malcolm Gladwell’s concept of Tipping Points and Rupert Sheldrake’s work with collective consciousness and how this is THE tipping point coming now with consciousness.

And then we talked about her favorite subject—synchronicity—and one of my favorite Jung concepts as well. I asked her how she knew the difference between a real synchronicity and something our ego wanted to be a meaningful coincidence. She explained that usually it’s lighter and even more whimsical but always in alignment with your higher purpose. Then Jean said we’ll wait to see if this is a synchronicity or not. 😉

I was so moved by all the women on my flight wearing their “cat hats” for the march. And the flight attendants asked everyone wearing the hats to get up so everyone could get pictures.

I actually started tearing up seeing someone leading in her full voice, not embarrassed to be doing that on an airplane with others. Just pure heart-centered leadership.

And the magic didn’t stop there, because I asked my seatmate if she was coming for the march too. After answering affirmatively, I pointed out a little “wink” from the Universe that we were on a “United” Airlines flight. I loved it.

United is, unfortunately, not the story the media wants portrayed. They want an enemy to continue dividing up people in one camp or another. The march “against” Trump. It’s unfortunate the media has to continue the story line of labeling this as a “protest” instead of choosing words that would create more solidarity.

The energy and feeling I got talking to different women coming in on the flight to Denver was more of a sisterhood of unity, not against something but standing in unity and solidarity as sisters, ensuring we do not go back. Couldn’t agree more.

I’ve talked to several friends who marched in DC and who have never been “political.” I always believe there are powerful byproducts that arise from anything that seems “bad” or “good.” It’ll be interesting to see which byproducts are catalyzed from these defining moments happening now.