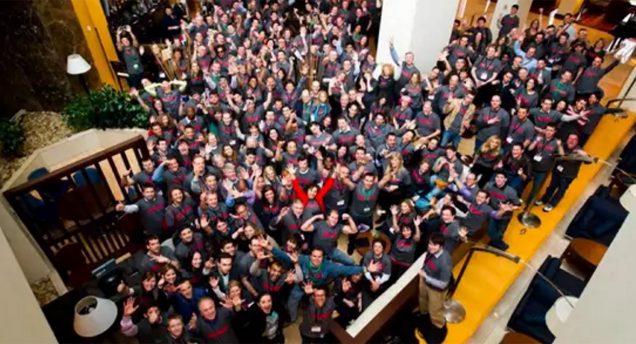 This month marks the 15th year anniversary of being in business on my own. I figured it’d be fun to cover a few stories from back in the day and share the inside scoop.

Going the Opposite Direction

For the past decade, some of the biggest players in the online space, digital trendsetters, and out-of-the-box Internet innovators gather from around the globe in one place – and it all started on the back of a Delta boarding pass.

It’s become one of the top networking and learning events for online entrepreneurs and was named by Forbes as a “Top 10 event for entrepreneurs”. The Underground® attracts presenting attendees such as Tony Hsieh, CEO of Zappos.com, Tim Ferriss, Mike Faith, CEO of Headsets.com, Darren Rowse, ProBlogger.com, Bob Parsons, CEO of GoDaddy.com, Gary Vaynerchuk, author of “Crush it”, Jessica Jackley, co-founder of Kiva.org and many other notables and little-known influencers.

This past year was the last year of the Underground® as it stands in current iteration. Look for an update shortly on what’s next. But to wrap up this series of behind-the-scenes looks, I created this video that chronicles some of the highlights and backstory of the Underground. If you pay attention there are several lessons on positioning and making yourself the ‘hub’.